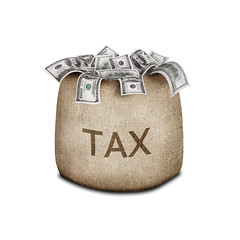 The Taxpayers Alliance and the Institute of Directors have proposed a way out of the current problems by suggesting a flat rate of Income Tax and losing all the fancy schemes that are just tax dressed up, such as NI, Stamp Duty, Airport Tax etc etc and make it very simple.  I think this is a great idea to really think outside the box and come up with original solutions.

The current tax system is really complicated.  Having been in business running my own company for about 5 months, I am having a  steep learning curve about just how complicated it can be and just how easily you can be caught out. You could argue that it’s no bad thing, it keeps Tax Experts and HMRC employed.  but currently there is a lot of bickering about who is being taxed worse, and who gets the best benefits etc etc, having one rate would make life a lot simpler.

This route would generate less income to UK Gov, but the idea is that we become more attractive to business and therefore inspire growth and that is the only way out of this quagmire we are currently in.  We have already shown that austerity on its own just breeds depression, it needs to be accompanied by a real plan to grow the economy.

The most insightful part of this report for me was the following quote from Allister Heath, editor of City AM:

It is time for Britain to make a vital choice between tweaking the status quo and letting our economy continue to be crippled by complex and punitive taxes, and drastically changing course with a radical but realistic plan for a tax system fit for the 21st century.

I think the numbers are probably a point for debate, but the need to overhaul how we tax people could be a critical step in moving forward.

Is Education missing the point, its not what you learn, but the fact you can…

The Olympic Torch in Cheltenham

I am not sure this report will ever get any serious consideration because it is so extreme that it is nonsense! The report advocates a further £140bn in cuts to public services and the tax proposals would mean increases for everyone and tax cuts for the rich

Short on equality, integrity, reality and credibility. Ignore this right wing nonsense!! Economic growth is about investment not cutting the taxes of the wealthy or sacking people

For me this is a major problem we have, we react without looking at the pro’s of a plan and dismiss it out of hand. I think the tax system as it is, is way too complicated. As Kate pointed out, the small guy suffers where the rich guys just pay someone to sort it for them.

The report also embraces what Kate says, in having a larger tax free allowance. I would want to see a substantial tax free allowance to make such a system work, and a complete flat tax is not workable, but a two tier one is.

The real point is we pay tax upon tax upon tax, so many different layers that we lose track. We are all for better labelling and consumer choice, yet we have no real idea how much real tax we pay, or what it does. I mean, how much of a joke is your road fund licence. Isn’t NI just a tax by another name?

The quote is the important bit, we just continually tinker round the edges, but to do the job properly, someone has to have the guts to really look at it. Again as Kate says, the tax free allowance needs not only increased, but developed in a sensible way.