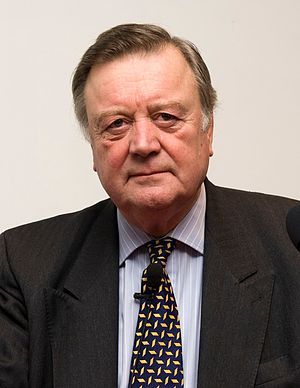 Ken Clarke had a bit of an interesting day yesterday when his resignation was called for over his comments about different types of rape.  However, looking through that specific issue and the way it has been blown up, the real meat of what is being suggested has been overshadowed and it is that which I feel is worthy of Ken Clarke losing his office.

When a defendant comes to court, they can plead guilty, and if they do it early on, then they can have their sentence reduced by a Third and this is true right up tot he beginning of the trial and a discount will be given, but it is greatly reduced from the third at the beginning.  The point of this is that if a defendant admits guilt, then they reduce the burden of trial on the Victim, as well as reduce the costs of trials etc, and therefore reduced cost to us the taxpayer.

But what many people do not know is what goes on AFTER the courts have had their say.  In essence the guilty criminal only generally serves half their prison sentence in prison.  They get let out on licence at half way, then there is time off for good behaviour and other such stuff.  So what could start at 6 months jail (Max for Magistrates for one offence) reduces quite quickly.

Now, for the people with no criminal record whatsoever, its the record that is the main problem, not the time.  It really reduces job options, the social stigma etc.  But once you have already got a record, then where is the deterrent?  SO you do more time (or half of it anyway).  And this is where the problem arises, there is great drive not to get on the criminal ladder, but what about getting off it?

In the grand scheme of things, many people say prison is not as deterrent, but under Labour while Prison population went up, then crime did go drastically down.  Lets not forget, our system is a penal system, our major punishment is a restriction of liberty, the system is fundamentally geared round reform rather than punishment.  To do that required major change.

Yes Ken, I agree, you should choose your words more carefully, but 50% is not the way to go either*.  I think, instead, you should remove all post sentence “doctoring” and make the court the final say in sentence.  We have to not only to ensure justice is done, but justice needs to be seen to be done for people to have trust in it.  People already think that sentencing is already too lenient, what happens when people realise that thats only the skin on the surface of the story.

(*Just need to note that if this comes into law then while I disagree with it, I would comply with my duty to apply it as appropriate)