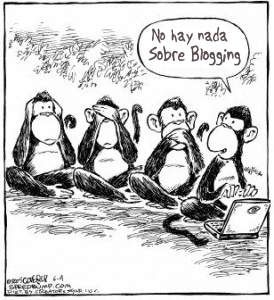 Im a fan of the blog as a communications medium.  In this day and age where many people feel like they can not get to know politicians (or anyone) the advent of the blogging politician was an event which made the goings on of Westminster a bit more accessible, and it also showed just what else our politicians get up to, think and what sort of person they are.

I actively encourage those within Gloucester Labour to start Blogs as a medium to communicate with residents.  Not everyone can attend a surgery event, or wants to, so a Blog is some way of adding to the ways of contacting local representatives and for getting local issues out there.  Having had 2 successes recently, Councillor Kate Haigh (City) and Councillor Emily Barrett (Parish), as well as Danny King and Chris Chatterton has promised me, it was a shame to see that Tom Harris MP has decided to stop writing his blog.

I think his comments are fair, they can take a fair bit of time as they (if you choose to use them such) are interactive, and the initial posts can take time to put together.  Also, some people get fixated on the statistics of Hits and post popularity, but if you go too far down that route, then you lose the “personal touch” which I think is important.  That is not to say blogs should not evolve, this blog was just my random mutterings, but has now taken on a political flavour as that is quite a big thing at the moment, and who knows what it will look like in 10 years.  I also think its good to look back and see how views change and develop over time.  From a selfish point of view, I find it a great way  of testing my thoughts on various subjects, I know that there has been subjects on here where due to interaction with others, I have “matured” my thinking on topics and they have grown/changed as a result of being “challenged” about them.

Overall, I think its a shame Tom has knocked his on the head, but I understand why, and there is a lesson to be learned, but I still think that this is a great medium for interacting with people when you can’t necessarily do so on a physical face to face basis.  Add to this the use of Facebook and Twitter and it can get quite powerful as a method of outreach.  But it does not replace traditional methods (canvassing, leafletting), it complements them!

City Council Cuts, who is kidding who here?