Home Politics The Budget – We are all in it together?

The Budget – We are all in it together? 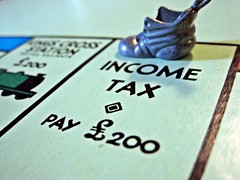 We had the Budget yesterday, and because it was claimed to be a Fiscally Neutral budget, then many people think it was ok.  In fact, some of the things seem down right reasonable, such as “making tax simpler”, raising the level of income tax threshold so more people will not pay it and if you are a higher rate tax payer, you got a little hand out of a 5% reduction.  Wow, so that’s the good news, but who is paying for it?

And this is where some of the detail was saved for the publications and after briefings.  The claim is that the 50p tax rate didn’t generate any money and so dropping it down to 45p will encourage many of the top rate payers to stop moving off shore. This will put £3bn back into the pockets of that tax bracket.  “No so” claims the Chancellor, he is putting a “Mansion Tax” on properties over £2m and also strongly pleading with people not to avoid tax.  Begging people not to change their tax behaviour is estimated to raise £2.9bn.  So the gap is plugged!  The cynic in me suggests that maybe they should have done the Mansion Tax, and asked people not to avoid tax AND kept the tax rate at 50%.  The people who this affects generally have “people” who’s job it is to make the most tax efficient choices possible (they are called accountants), all we will get now is the same but with a bit of extra expense to make sure it doesn’t look like tax avoidance.  If they raise £2.9bn through this, I will buy a hat and eat it!  In reality Tax avoidance is not a crime, it is a product of bad and complicated legislation.  If it was that bad, they would ban things like ISA’s and any tax banding at all!  What it does require is a real restructuring of the tax system to something simple and effective!

Why do I think that, well this making tax simpler idea, while sounding nice, will actually starve pensioners out of their pension, they will be the ones paying for it in what has been called the “granny tax” (to the tune of £3bn), and child benefits is being pulled for people who earn over £60k.  That again is good, but the way it has been implemented is rubbish and unfair.  If you’re a single parent, working hard (paying for childcare and the like) you will lose child benefit.  However if you and your partner both earn just under the threshold (but effectively having twice as much as the single parent) then you keep it.  To be fair, the Government should have made it a household limit, not a per person limit.

This budget should have been about growth, really supporting businesses to be successful and stimulating the flagging economy, as well as protecting the more vulnerable in our society.  That is not just wishful thinking, they could have done it within their guidelines, but they chose not to.  Their aid to business does not go far enough, it was a start, but with so much unemployment, particularly in the Youth, we need more innovation to create jobs, but unemployment was barely even referred to!

I don’t particularly favour using slogans but as the only people who have really gained are the few, maybe the “millionaires budget” is an apt one to use!

Motorway safety – The question that needs to be asked..