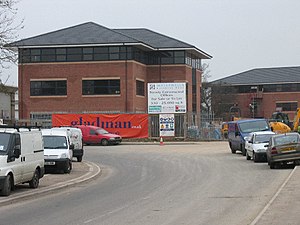 As I am an employee of a large company and I have never had my own business, I have never had much to do with Business Rates.  I assumed it provided “business services” and the like. I have been talking with a number of businesses in Gloucester about how business is going at the moment and the effect of the market conditions and while business is not entirely stagnant, it is very worrying just how many seem to be on a knife-edge, or looking like they are going that way.   Rather than our Small  businesses thriving as historically many do in times of recession, many of them are just surviving.

In looking deeper into why life is so difficult, the issue of Business rates was highlighted and just how much of an indiscriminate tax it really is.  Not only how it’s levied but also how its justified in what it’s used for.

So what do they go towards – well they go into a big pot where they pay for Refuse collection and Police and stuff.  And that’s as good as it gets.  So a business gets taxed and all its really gets is their bins emptied.  But for those businesses on places such as Waterwells, then they get their bins emptied as part of their rent.  So in essence its an indiscriminate top slicing based on Square footage of buildings, not on employment, turnover or any sort of sensible measure which relates to business success.

Given 60% of businesses within Gloucester have a small number of employees, but want to grow, it seems silly to tax them into liquidation.  We should be looking to “nurture them” and help them grow.  That surely is in our longer term interest.

My Proposal is for those companies with under 10 employees, Gloucester City Council should use its discretion in rate relief to reduce Business rates perhaps upto as much as 50%.    Also, if a company qualifies for Tax relief as they have only broken even, then they should also qualify for Rate relief.  There are arguments against this of course, we will see a short-term loss in revenue, and if the latest government proposal sees the light of day (councils keeping their own business rates) then it would take a particularly strong Council to have the bottle to do such a thing, but it could pay dividends.

If the idea of a straight cut is unappealing, then a really good alternative is to link a business rate cut to the apprentice scheme.  For those companies with a low number of employees (say less than 10), if they take on an apprentice then they get the cut in business rates, especially if that apprentice lives in the local area.  So the company may not get a cash cut in outgoings as such (if the rates cut equals the costs of taking on the apprentice) but the company will see an increase in growth and productivity which in the long-term, will benefit the Council and tax payer in having a business that can pay more business rates, have employed local people who can then pay local taxes and the community will see growth.

What is clear to me is that the current model will see Small businesses taxed out of existence, we need to see some real action taken to see small businesses grow to medium and big businesses, businesses going bust in this climate doesn’t help anyone and costs the tax payer money in the end.

What is “Left” and “Right” in terms of Politics