Home Politics City Council Cuts, who is kidding who here?

City Council Cuts, who is kidding who here? 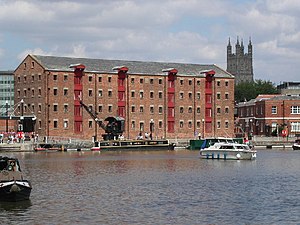 In an interesting Parish Council Meeting last night, the City Councillors gave us an update on their proposed cuts to save around £6m in their budget.

The various bits on the slash are things like the Green Waste collection, paying for bulky waste collection, reducing the amount of green area/landscaping maintenance.  These are some of the more “mundane” items and the ones they bought up as more pertinent to Quedgeley.  They also tried to hammer the point home that if they don’t do this, then what do they do?

I thought there are a few specific issues with the small “insight” they gave us – firstly that paying for bulky waste item removal is fair, as long as its not so exorbitant that it just encourages fly tipping.  Secondly, we are supposed to be going green, but (and one of the questions I asked) charging for green waste removal will surely just encourage people not to use them and we go backwards into people just putting green waste in the back bins.  The answer was that “studies” of other councils who charge have seen their use of green bins rise as a result.  I have not seen the studies yet (but am searching) but personally I think this is naive, as those other studies did not have a background of cuts and joblessness that we have now.  I can’t see how you can hope to cut a service, make it more complicated (you will need to apply to have your waste bin picked up, pay £30 etc) with associated infrastructure and hope to INCREASE the use of green bins, make it more cost-effective and make revenue!

I also think there is a certain amount of hypocrisy here too, the Conservatives are very quick to blame all of this on the last government (but lets not get into the whole Global problem here) but this Council have been in power for the past 6 years.  The national party have a (weak) excuse that they are a new administration, but this lot have been in for years themselves.  If there is so much waste and fat in the system, then they are as guilty of putting it there as anyone else.  If they knew better, they were in an ideal position to save for leaner times and cut their cloth accordingly, but no, they were as keen to spend the cash then as they are now to put the blame elsewhere.

Anyway, the full list of cuts will be debated in full council (City) so we shall see what the outcome is.

Where did it all go wrong for Jeremy Hilton?