Home Gloucester City Council Vision and Plan – We must say if we dont like it!

City Council Vision and Plan – We must say if we dont like it! 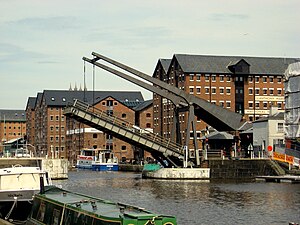 For a while now, the folks in North Warehouse (and other places) have been working on the Gloucester City Vision and the City Development Strategy.  These two seemingly innocuous documents will set the bedrock of how the City develops in the next 20/20 years.  They will affect many areas including housing and industry development as well as our service provision.

Lets take the City Vision first, it says its aim is to lay out the key, strategic priorities for the city, and this includes all public, private and voluntary “partners” will have to deliver.  ﻿﻿

This draft “vision” largely describes Gloucester as it is now, but there are a few statements that I think need highlighted, or should set a few warning bells:

Gloucester will require 7600 new homes by 2020, of which 40% should be affordable housing.  The delivery of new housing could mean building on green belt land on the periphery of the city’s boundaries.

So, just where are these 7600 new houses going to go?  I have no problem with affordable housing, I think we need more of it, but the whole building on Green Belt, I think not!  More on this later.

Almost 60% of Businesses within Gloucester employ 1 to 4 employees (in 2008).  The Main strategic employment areas are Waterwells Business Park and Gloucester Business Park

So why does the City Council not give more help to SME (Small Medium Enterprise) businesses, especially as many in Waterwells are struggling, and some relief from the City Council would help enormously.  None of them are asking for freebies, but an appreciation that a small business is not a 100 employee factory!

The city has Strong Community Cohesion with 87% of respondants agreeing that people in their area get on.

Well that is a good thing and should be built upon.

The document, then tells us what our priorities are, and they fall to Prosperity, Community and Environment.  With a number of bullets beside each one telling us how they will achieve it.  They include: Creating a better City centre, selling Gloucester as a great place to relocate businesses, celebrating our rich diverse culture to name but a few.

I think the document is a good start in terms of looking at specific bits, but I can’t say it gives me that warm glow of what my city will look like in 10 years time.  But maybe that will come from the final document.  In any case, go online, read it and reply to the consultation, especially of you disagree with it.

Onto the City Plan document.  This aims to outline just how the city will grow and in particular where there is space for it to grow.  For context, the population of Gloucester is estimated to grow by 29% by 2031 based on current trends, so they have to live somewhere.  That will be the link to the 7k homes in the vision document above.

There is a cute map in there that shows just what land should be developed on that is currently free.  21 areas in total to cover out housing and industrial/employment needs.    Some big hitters include the Railway Corridor (Triangle), the land between Bristol Road and the Canal, but there are other bits too which will cause some worry (for me anyway).  For Quedgeley, they want to build (again) on Clearwater Drive, they also Identify Mayos land which they are now building on (to considerable objection) as well as sites in Waterwells and the old RMC site.

What concerns me is that places like Quedgeley are already overdeveloped for the amenities and what green space we have is precious.  Kingsway provides a great deal of expansion, as does Copeland Park.  However, rather than protect the spaces we have at all costs, what will happen is that the City Council will get lots of “conditions” that the builders will create a playground and contribute to a bus route, in order to “sweeten the deal”.   They happen everywhere (called seciton 106 agreements), but as Kingsway has shown, when the actual building starts, they can cause an awful lot of anguis and resentment when target numbers are hugely wrong.

All that said, we have to have development somewhere, so where is a more ideal location?  Would building more beside the Canal be a better solution or on the Railway Triangle?  Or is there land that this report does nto even consider?

I think both of these documents are good as in they give us something to talk about, do I agree with them?  YEs in part, but emphatically no in others.  I will be objecting to the use of Clearwater Drive, and also suggesting that a staggered programme is adopted, IE building one development at a time, so we focus on completing one development and selling it, rather than building lots at once and leaving many half finsinhed and not reaching key targets.

Please do take some time to reply – its our city after all, and we live here.  If you do not want to respond directly, feel free to leave a comment here and I can put your thoughts into my response.

[…] vision.  Barry Kirby is also pretty critical over the vision and plan and has commented on his blog.  The City Council is holding a number of consultations, and the next one is on Thursday August […]