This week, Ed Miliband gave his speech to the Labour Party Conference and I was going to do what I have done in the past and write my views on his delivery and the points he raised and those he didn’t and how that will affect us as a party.  But for me the main, and most important point is this, he did it his way this time.  He delivered a speech from the heart, it was witty, charismatic and really inspirational.  It was the speech of a leader. 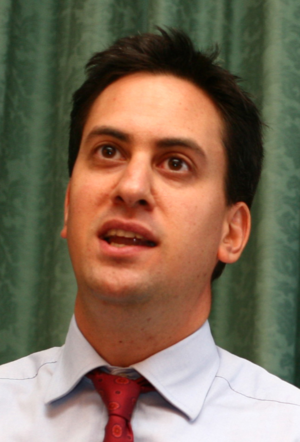 We, as a party, needed a good conference, not only to show the voters but for the membership.  He made a conscious decision about what this speech was to do.  He knows that he needs to connect with the people of the UK, and he decided to do that by telling people about how he grew up and what his experiences were in order (I believe) to show how his upbringing was similar to many in terms of schooling, but also some deep driving stories too.

I was privileged enough to be in the hall for his very first speech as leader and what a difference 2 years makes.  I was, I admit, rather nervous about this speech because in my head, he has had his trial period, he has “bedded” into the job.  We have navel gazed about how the party needs to change, what sort of direction we need and now is the time we need to get it together as a party and be a party that people can believe in again.  Now we need to be outward looking and building back our profile and more importantly the trust we need.   We can only do this by our elected representatives building that trust in the elections in the run up to the big one.  If he had messed up this speech, we would have a lot of very hard work to, trying to get the membership to believe in him, and therefore believe in itself, but I think he nailed it.

“They never ask me what I want!” – well now they are – Over 30 and want a good night out in Gloucester?