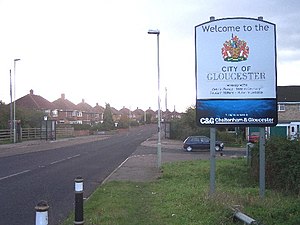 Last night I attended the Quedgeley public consultation event for the Gloucester Vision and City plan.   These documents are supposed to shape the way the city develops in the future and it was good to see some members of the public turn up and participate as well as our County, City and fellow Parish Councillors.  The point of the consultation is to ensure that residents views are taking into account in how the city develops over the next few years.

Presented by City Council officers, it was good to hear that this was the first stage and they were really open to what we had to say, which was a good job, because there was some things I really wanted to get across.

The first glaring, fundamental problem is that it was explained that the City plan aims to deliver the City Vision (as the names would suggest, but when you look at the time frames of each document, the Vision looks out to 10 years, but the plan looks out 20 years, so how can the plan deliver the vision when the Vision is not overarching.  It means the Vision is much too ‘Short Sighted!’

There is also very little mention of Social Housing, but that is because it will be directed by the Joint Core Strategy.  I am very keen to make sure that proper guidance exists as part of the city plan, to ensure that affordable housing is properly managed and not just dumped in the outskirts, which could happen if planning is too localised and we have an outbreak of NIMBYism!

There was a great statement made by Jackie Hall regarding Clearwater Drive, she said that the County Council had no intention of getting rid of this land and therefore was not available for development,  hopefully this should remove the Clearwater area from the risk of being developed in the next 20 years at least.

Most of our City Councillors present made some really good comments, Both Fred Wood and Debbie Llewellyn represented Field court really well, highlighting issues about the need to listen to residents and  Andy Lewis made significant contributions, bringing to the knowledge he has gained in his time as Mayor, and echoing some of my thoughts about the need to be realistic about the financial climate.  He also highlighted the fact that Quedgeley has taken the brunt of the Housing needs of the city for many years now and that we have done our bit, can we start to look elsewhere.

Julian Powell was one of the more Vocal Parish Councillors, highlighting what we had been promised in the past, and bringing his acute knowledge of the numbers involved to reinforce the fact that Quedgeley has had a rough deal over broken promises.  I think he really represented the Parish well last night he really highlighted issues around Stroud development and the way that Quedgeley has taken the brunt of their development.

I highlighted a number of items, as already mentioned, the need for a longer term Vision, the issues around Social Housing, but also the need to learn from Kingsway in terms of Section 106 agreements and to ensure that Amenities are in place much earlier on regardless of economic climate.  But there is also a lot more I will be contributing online.  Issues such as why does the Vision and plan not paint a good picture of what Gloucester is going to look like?  Where is the growth of our strengths (Rugby, the Docks, a greatly Historic City, to name but a few) as well as attacking our weaknesses to reduce them.  How are we to grow businesses, become more attractive to new business and support Small and Medium sized Business.  How are we going to develop an economy that is robust and not just reliant on retail.

We have to realise that we can not just wish.  The future of the City relies on Business income to the city, and by helping develop local Business will develop the local economy, which in turn puts more money in the hands of residents and the Councils which means the City can achieve its aspirations for the long-term future (if it actually developed a decent vision).

The Consultation is still open, and all Gloucester residents should read the documents and have your say.

By blaming “the youth” we are in great danger of missing the point!