Home Gloucester Gloucester Loses the “Crown Jewels”! – with the backing of the MP

Gloucester Loses the “Crown Jewels”! – with the backing of the MP 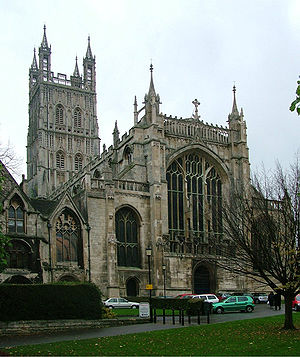 In a document that has come to light today, it seems that our esteemed MP, Richard Graham, has surpassed himself. The parliamentary Boundary review has been published and he has helped to remove Westgate from the Gloucester constituency and move it to the Forest of Dean. While this is such a blow for Gloucester, the rumour mill thinks that such a move could serve Mr Graham very well!

Westgate Ward can be referred to as holding the Crown Jewels of Gloucester, IE the Cathedral, the Docks, Shire Hall, North Warehouse and other areas that many people associated with the heart of Gloucester. So to lose that is an insane move and really rips the heart and focus of the Gloucester Community right out and discards it as not being important. So much for Big Society and growing communities!

That means that the Gloucester constituency would be as follows (numbers are Voters):

The Cynic in me thinks that maybe it is realised that the popularity of our MP is declining fast in Gloucester and a move to the Forest of Dean, where Mark Harper is unpopular following the Selling of the Forests issue, and taking a popular Tory Ward could save his political career and it would also mean that he did not have to move his office either!

When this first came to light, I wrote about it and so did the Citizen, in which Richard Graham branded it a “non starter”, yet he was happy to skip through the Lobbies to please his Westminster Bosses. Where was the fight for Gloucester, what about those people in Westgate who are being ripped out? Just what are the priorities here?

Quedgeley Parkway? – What a great idea.

This review is now going to be in consultation until 5th December when (if any other review is anything to go by) they will continue to do the same thing. The main reason of moving the whole of Westgate is to make their lives easier and makes the numbers work, not becuase they have actually looked at the location and the community issues!

This takes ridiculous to a new level. Historically, physically, socially and spiritually, the cathedral area is part of the city. Someone has actually spent time considering this?

Oh dear Barry. Are your headlines now going to be like the citizen ? Where did Richard Graham support this ?

Eddie – When he voted for the bill to reorganise the constituancies!

You can’t vote for something like that and then protest wildly because the outcome doesn’t suit.

Though, the real test will be if this stays as it is and the final vote in the commons comes. Will he vote for the city or for his career. I guess we won’t find out until next year!

I thought I recalled that the report was actually written by a Labour member, but couldn’t find the TiG article referred to (but not linked to) by Barry above. Then I had a look at the Gloucestershire Liberal Democrats Facebook page (just watched ‘The Social Network’, by the way. Good film), and saw Jeremy Hilton’s Wall comment, dated 4th July, which includes a link to the Citizen articles of the same day. Most people reading this might recall Lewis Bastion’s posting, which I replied to.

As for the proposal itself, and all this talk about Gloucester’s losing its ‘Crown Jewels’, let alone its city status, let’s look at it this way. Birmingham has about twelve constituencies, and St Philip’s Cathedral can only be in one of them. Does this mean that the other eleven constituencies are not in the city?

Joe, there was anaylsis done by a labour member that predicted what the Boundary comission would do, and we highlighted the issue then. We got told it was rediculous and would not happen like that, lo and behold…..

I watched the Social Network the other week, and I would agree – good film.

its not to do with City status, but more to do with the status of the city. You could not be called the Gloucester MP or it be a Gloucester Constituency without the core of it.

The irony of it, Barry, is that however ridiculous Lewis Baston intended it to appear, there really is no other option for a boundary change*, given the growing population of Gloucester. And what public views TiG permits (my account, as partnership secretary, Bartred_NP, has now been ‘banned’ as well) demonstrates that most people who have expressed a preference thinks it’s not such a big deal. A lot of folk may actually prefer to be represented by Mark Harper. RG hasn’t exactly been a bundle of help to me or anyone else I know who has entreatied him…

*other than (forcibly?) transferring Gloucester residents across the boundary line, to the chagrin of the Foresters.

Joe, I have to say i’m dissapointed, No other option? Of course there is, all we have here is the “easiest solution” not the best solution!

Well, consider that in Barton & Tredworth, Douglas Stores (long-running general store) has been closed for a couple of weeks now, Citymile General Wholesale, which only opened a few months ago, has been stripped of goods, Learning Direct closed yesterday, and let’s not forget the closure of the India House Inn*. None of which the partnership knew a dickybird about in advance, even though I request information about anything that might seem important (but don’t get it, presumably because I’m, like, you know, annoyingly pro-active about such things). Optimism doesn’t seem an appropriate response in the face of such apathy. Disappointment, that sounds about right…

But OK, what is the ‘best solution’?

*on the plus side, we do seem to have a new shop at 165 Barton Street which sells drug paraphernalia, including what appears to be a gas-mask/bong combination.

[…] boundary review has caused a number of issues with local groups in Gloucester, as highlighted by Baz Kirby in his blog. The idea is to remove Westgate Ward from the city and plonk it it the Forest of Dean constituency, […]

Reply
Gloucester Parliamentary Boundary problems - who got us here in the first place? November 2, 2011 - 9:12 am