Home Politics Is there a “good” time to launch a political Memoir?

Is there a “good” time to launch a political Memoir? 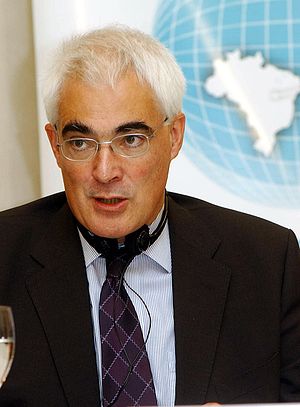 Reading comment over the past couple of days based around Alistair Darlings Memoirs being released and “exclusive revelations” on the blog Labour Uncut, there has been much said about “could he have done it at a different time” and that its “hugely damaging” to the party.

Quite frankly, what tripe.  I think it’s a good thing that many leading figures are writing these books, it gives an insight into their views on events and moreover a view into government.  Yes you have to take it all with a pinch of salt because its their view and hardly objective, but it is good to learn their thoughts on things and when you read a few of them, you get the different views on the same events which you can then add your own perspective on the event and evaluate what you think of it now.

Is it damaging to the Labour Party?  In my opinion no it isn’t.  Shock Horror, not everyone got on, Brown was considered a bully, there were little cliques within parliamentary team – You don’t say!  I would have been more surprised and suspicious if it had said everyone got on really well and Brown made an awesome cup to tea! – Everyone knows the majority of what will be said, it just puts it in print.  It is a recollection on the past and actually putting a human perspective on it may take the edge off the negative views that people have.  It certainly won’t make it any worse.

In reality,  the national Labour Party has bigger problems and issues to deal with than some books coming out.  We have had much consultation, but very little action or reform that means much to me.  Given that we have Red Labour, Blue Labour and Purple Labour all crowing that they are the best thing since sliced bread, when really they are just alienating and slicing up the party.  Maybe they should read all the memoirs and determine what Labour did right for so long to be what the public wanted rather than trying to distance itself from New Labour as much as possible!

Whilst not the top of my reading list right now, I do look forward to reading the book, mainly to see what can be learned!  As for timing, it’s better now than just before an election, particularly a General Election, so fair play!

Kingsway starts to become “self sufficient”

Cole Avenue/A38 Lights – We MUST have answers!