Home Gloucester Government back down on Forest sell off

Government back down on Forest sell off 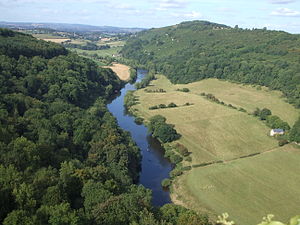 It seems that the forests are now not for sale, the Tory Led Government has had to cower under the roar of outrage from the public and will backtrack on its plans to give up the forests to other groups.

In PMQs yesterday, David Cameron indicated that he was not happy with the forests policy, and it is expected that Environment Secretary Caroline Spellman will announce the withdrawal of the policy, and rumour has it that she will then be moved from her position to be replaced by Mark Harper.

It is a real embarrassment for those who have passionately supported it, including the Gloucester MP, Richard Graham, who has repeatedly emailed objectors within his constituency with the reassurance that it was a good policy and that the forests were not for sale and that all the issues were a result of “disinformation” given by the opposition.  If that was the case, why would he stand up in the Commons and say “Save the Forest” and yet, in the same night, vote for a bill that his boss has now denounced.

Well done to all those who campaigned and made their voice heard.  I just wish that this was the only shameful policy but there will be more campaigning on Youth Services and libraries, to name but two.

Should Gloucester Business be wary of ex-public Sector Workers?

Tweets that mention Government back down on Forest sell off « The murmurings of Barry Kirby -- Topsy.com February 17, 2011 - 8:31 am

[…] This post was mentioned on Twitter by House Of Twits, Barry Kirby. Barry Kirby said: Government back down on Forest sell off http://wp.me/pyDqM-ym […]

Love the purple prose Barry, but surely you should be thanking them, not only for listening ( a favourite labour phrase ) but actually making the changes