Home Politics Impact of the UK France defence agreement – Where is the change?

Impact of the UK France defence agreement – Where is the change? 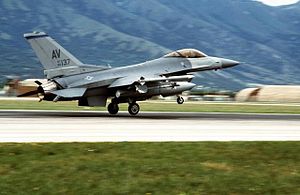 We have signed an agreement with France about the close cooperation of the Military.

Not a few hours later I got my first text from a still serving friend who told be they have received the new training split, the UK will train on decisiveness and forward scheme and manoeuvre, and the French will teach the art of retreat and surrender.

Crass joke, but inevitable.  That was quickly followed with the new menu requirements for the Logistic Corps and the new designs for more reverse gears in tanks!

But ont he serious side, I don’t think it is that big a deal.  The ability to land on each others carriers is good and will be useful for training etc, but it has been stressed about the need to keep sovereign capability.  However the reality is that we would never really be able to go to war on our own anyway and we haven’t for quite a while.  All the Iraq, Afghan, Bosnia have all been coalition efforts.  At a conference I was at the other week, countries like Canada were saying they even they are big, they would not now consider going anywhere on their own.  So to that end, does any country have a true sovereign capability?  If a country came and took a real pop at us, would we be able to do anything about it?  I think it depends on the size of that force.

So in reality I don’t really get the difference between this agreement and what we already have under NATO.  Except that it will give us more ability to do better training, which could be a budget saver.

The main issue that I don;t think has been bottomed out is what happens if we need to deploy to somewhere in which the French don’t agree (Such as Iraq) or if the french request us to support them in a venture we don’t agree with.  Iraq is a good example as they didn’t agree with our last action there.  Also the Falklands have been cited as an example, though the French were represented (Who supplied the Exocet missile and the Mirage Fighters to the Argentinians…)

Should Prisoners have the right to vote?

Can’t find work, No problem, be treated like a criminal instead.

That’s a little harsh on the French, Barry. I thought it was the Italians who had a reputation for retreating. I recall a bit of spoof Shakespeare in The Independent a decade or two back, where Blair or somebody refers to the Italian tank, which ‘hath four gears for reverse and yet only one for forward’.

One thing you can be sure of, and that’s that if the government has to publicly recognise the need to co-operate with another country this way, something is going badly wrong with our armed forces. Which is hardly news.

Deckchairs on the Titanic, I tell you…

The Italian Tank was more around a multi national project which produced a tank, of which the Italians were in charge of the gear box, and it did have something like 4 reverse and 2 forward gears. The only one ever made is at Shrivenham.

I don’t think there is anything “badly wrong” with the armed forces in this respect and this is not the first time we have made such partnering agreements. As I said in my post, it is very rare that we act alone in any case.