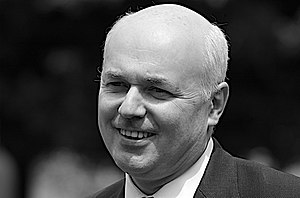 Ian Duncan Smith has pushed for simplification of the Benefit system by introducing the concept of Universal Credit.  The IFS has done an analysis of how it will work, Jim Pickard of the FT has done a blog piece of the Winners and Losers.

I think simplification of things like Tax and Benefits are a worthwhile thing.  Therefore the theory of the universal credit should be positive.  Especially if it makes the identification of benefit fraudsters easier.  The IFS believes that it should make life easier for claimants.  That aspect is a good thing, particularly if it works on the tax side too.

This new scheme will affect over 3 million families,  2.5 million families will be better off, though over a million will be detrimentally affected.  So in theory the net effect should be better.  Another 2.5 million will see no change. These changes will favour couples, the lone parent will lose out in comparison.  Single parents will get pushed to work, no matter how small a job.  While there may be a lot of sympathy with this idea as a “deterrent”, I do fear what it means when a few hours work will be better than the benefits that a lone parent might get.
The new scheme will cost about £1.7bn in 2014-15 prices, therefore the actually cuts are going to have to be very deep in order to make the difference AND recoup these costs.
The following is a quote directly from the article linked above
“Another interesting twist involves the impact on marginal tax rates.
The reforms will reduce the numbers who lose more than 70 per cent of their income as they move in to work through a combination of taxes on earnings and benefit withdrawals. Their numbers will fall by 1.1m. But the numbers who lose more than 60 per cent will rise by 350,000.”
So, it seems like its punishment time for lone parent families! But its OK – We are all in this together…