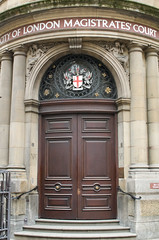 I have taken the following from the Telegraph.  Its an article by Trevor Grove who is a London JP.  I think its worth reading because it draws attention to how the Magistracy works and just who is involved.   I have taken just a few paragraphs from it, but its worth going to read the whole article.

“Next year marks the 650th anniversary of a unique but undervalued national institution. It is a cornerstone of our civic life. Its daily doings have an impact on every community in the land. And it was a triumph of volunteerism generations before the Big Society was even a twinkle in David Cameron‘s eye.
This paragon of localism is the lay magistracy. For most people, it is simply a humdrum part of the machinery of law and order. If it wins any attention at all, it is for being either too hard or – more often – too soft in dishing out sentences. It is certainly not up there with the jury system as a totem of our democratic society.
But it ought to be, since Justices of the Peace have been around for almost as long (except in Scotland, which has its own system). Like jurors, lay magistrates are drawn from the local community. Like jurors, they are unqualified and unpaid. Unlike jurors, however, they hear hundreds of cases every year. In fact, only a tiny proportion of criminal matters end up before a judge and jury. More than 95 per cent are dealt with by the 30,000 JPs currently presiding in the magistrates’ courts.”
“For those who have never been inside a court, the magistrates sit in threes, usually for half a day a week. They hear charges, decide whether defendants are to be remanded on bail or in custody, hold trials, reach verdicts and sentence the guilty. They preside in those most delicate of tribunals, the youth and family courts. And while they are given quite a bit of training on appointment, they are not required to pass a single legal exam, nor paid a penny for what they do. In court, they are guided on matters of law by a legal adviser, a fully fledged lawyer who takes no part in the decision-making, but without whom the whole scheme of things would soon descend into chaos.
Next year’s anniversary is an opportunity for the country to celebrate one of the fairest and most democratic forms of summary justice on the planet. But it is also a chance to consider the damage that planned reforms might inflict upon a concept of local justice that is unmatched anywhere in the world. Dozens of courts are to be closed because of spending cuts, in many cases shutting a town’s only courthouse, at just the time when the Government wants local communities to play a greater role in the administration of justice.”
“Another concern is the huge number of serious offences that are now dealt with outside court. Today, more than 50 per cent of criminal offences result in a fine or a caution, without getting anywhere near a magistrate or a judge. Most of these are pretty minor, but some are not: thousands of offenders are given police cautions for violent assaults which, had they come to court, would have merited community punishment or even prison. So, while a thug who has inflicted actual bodily harm is being quietly cautioned at the police station, a nearby bench of magistrates may spend a whole morning dealing with people who have failed to buy a £3.50 train fare, most of whom don’t even bother to turn up. Something is amiss.
In its 650th year, ministers will doubtless pay tribute to the lay magistracy, an institution that serves the nation both well and undemandingly. But they should not forget that JPs do what they do solely because they think it is a worthwhile public service. Remove the courts too far from their communities, hand over too much of the work for which they are trained to policemen and officials, sideline and amalgamate them for purely penny-pinching reasons, and magistrates might begin to question their own purpose.”
00

Prisoners Votes – The Coalition justifies itself – Sort of