Throughout the Police and Crime Commissioner election, the Government where very strong on the fact that the PCC with be an independent Post that is accountable only to the public who elected them as well as having sole responsibility to hire and fire the Chief Constable.  However, as with many things from this Government, it seems this is not the case and the Gloucestershire PCC, Martin Surl has already made himself unpopular by, god forbid, doing his job!

This all revolves around the selection of the new Chief, after Mick Matthews resigned to go to a new role.  Martin Surl interviewed a cast of thousands to appoint the new Chief, and after selecting Suzette Davenport he announced his decision to the press. 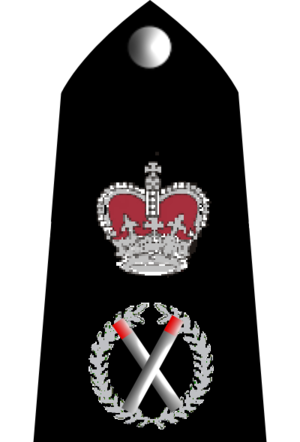 However, the Police and Crime Panel seem to think that Martin should have told them first and are rather put out about it.  What many don’t realise is that Martin has a Panel of people to oversee what he does.  I know your thinking that Martin was supposed to be that “directly accountable to the voters” and all that, but rather than get rid of the Police Authority, it seems they have only made it smaller and put it above Martin.  So rather than revolutionise the Police, the PCC has just gone in as another layer of management.

I think Martin was right to do what he did.  If it is his responsibility then let him get on with it and do it in his way.  If it’s not, then what was the point of the role in the first place?

This also has wider implications for policing in Gloucestershire.  Just how much remit does the Police and Crime Panel have?  Does it meas it can be loaded with politicians who will effectivly block what the PCC does if its not popular?  Many people voted independent because they did not want a politician in the role, so is this policing politics by the back door?  Why did we not elect the panel as well?

Gloucester Prison – Why I think it should close

Well, if being accountable means not selecting a senior police officer who’s under investigation for her part in a police investigation into a murder where concerns about the credibility of key witnesses were withheld, without checking with us first, then we have bigger fish to fry.

As with the last general election, we weren’t going to get anyone better than Richard Graham (well, you may disagree), but that doesn’t mean that who we did get is anything to write home about. I’d prefer not to be disappointed so soon, but I’ll wait until she is confirmed as appointed, perhaps even ’til after the investigation…

Absolutely spot on, Barry! Who are these people on the Police and Crime Panel? I can’t remember voting for any of these panel members. But I can remember going to the polling station to vote for the PCC! Mr. Surl is accounable to the electorate of Gloucestershire. From what I understand, the Police and Crime Panel is made up of around a dozen councillors from County Council and the district councils, and a couple of “ordinary people”. A glorified local “quango” accountable to no one!

Martin makes a good point here – the Police & Crime Panel should remember their role and leave the PCC to carry out his. It summed the Panel up when Councillor Calway started to talk about “my panel” doesn’t approve of the fact that the announcement was made to the press not them! Since when was it his panel? As Martin says nobody elected them to be on the panel, they were appointed by their political parties. The PCC has only just started – lets hope the politicians on the panel don’t start playing political games – after all, policing the County is too important for that – surely local politicians would act more responsibly than that…..!

I’m seeing ‘Duplicate comment’ (I think there was an exclamation mark, too), but I don’t see my comment…

Joe – sorted it – for some reason a whole load of comments went to spam.

Part of the problem may have been that I wasn’t using the wordpress account to comment, but I also wasn’t getting the ‘your comment will be posted, subject to pre-moderation’ notification, either…

Maybe this is the abuse I suffered at the hands of the police talking, but it’s not a good sign that Martin Surl is apparently trying to sneak a senior police officer, under investigation in such serious circumstances, past the committee to be Chief Constable.

I do happen to believe that the people we elect to public office will do a better job if we engage with them, rather than just carping from the sidelines about how little they do for us, but in my experience, they do precious little to engage with us once they are ensconced in their privileged positions. I don’t want Martin Surl to be another Richard Graham, so I will be looking for a little more of this ‘accountability’ we’ve been promised.