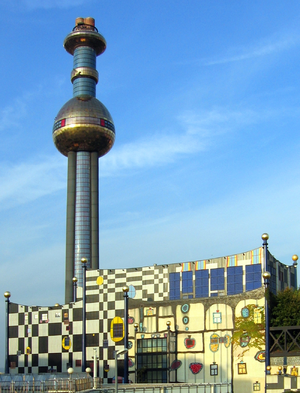 When I ran the last Kingsway Residents Association Public meeting, we had a presentation from Sue from GlosVain, which is the body that campaigning against the Incinerator at Javelin Park.  The most stunning part for me was that no-one had realised that Gloucester County Council had organised a Public exhibition, from both final bidders, at Javelin Park.  Well it seems that someone may have taken this on board, or it was in the plan all along and they just never told anyone, but there is a second public exhibition and I think everyone should go and pay it a visit, just to ensure you are fully informed.

I think it is important that we have all the facts, because putting an argument based on the Facts is much more credible and powerful rather than just putting it together from rumour.

A word of advice too, if your going to go and have a go at someone, that someone should be the council, not the companies themselves.  It is the County Council who we are angry with, not the companies themselves.  It is worth getting all the data you can from companies in a nice, measured way, but if you feel the need to rant and rave, go and take it out on the County Council who should be there as well.

A few questions I would suggest you go and find out:

From my visit last time, I was actually quite impressed with some of the answers to the above questions, however the answers from some of the others just don’t add up!  But I will let you see what I am talking about for yourself.

The second exhibition will be held on the Javelin Park site itself on:

The name of each bidder is:

Once you have visited, think about this, there is a huge assumption that all the waste is pre-sorted and no recyclable material will be in it, but yet many people do not use the recycling system properly because they find it too annoying/difficult/inconvenient.  Also, only 10% of the city took up green bin recycling, so just how much green bin waste will be going up in smoke.  They call it an energy from waste facility, but there are no plans to use the energy from the waste, so it is simply an incinerator.  And finally, even the Gloucester MP, at his public meeting in Quedgeley said he wanted to see some kind of pre-sorting as part of the facility, and neither had this as an option, or even part of the option.

And lets not forget, we are a city that is building its future on tourism and attracting visitors, but would you turn off at Junction 12 if you saw this 10 story complex on the Junction???

All major parties ordered to vote against an EU referendum – Let them Vote freely!

I was a Zombie, not a Pumpkin……

Are you saying you hadn’t realised there was a public exhibition, Barry? That surprises me…

Ah, you did know about it…

But you can’t really blame the council or the media if some people just can’t be bothered to stay informed.

HI Joe, yes I did go to the last one, and it was why I am encouraging people to go to this one.

As I put in my post, it was when I did my last public meeting and not many people knew about the exhibition, and therefore did not go. This is why I am trying to promote this one, so people can have an informed decision.

I think the council have a duty of care to make enough effort to inform, with the last one, I do not believe they did so, thus I think they ahve made more of an effort with this one.

This is my next mini-research project and this blog post has certainly helped to put the issues into perspective. I’ve just been getting into plastics recycling and have been recycling everything I can with Gloucester’s limited green box scheme since it started. we also compost virtually everything we produce as waste that is organic, only leaving nappies (our big eco-no no!) as the black bin rubbish.

So, given it is possible to recycle or compost virtually everything a normal household produces, why is there no pre-incineration sorting process? That is utterly ridiculous. Plus, why is there no heat to be captured and used as part of the process (as you suggested)? I’ll certainly be going along if I can but i’ll do my homework first. : )

Jeremy Hilton’s recommendation that Mark Hawthorne visit the MBT plant in Bristol may have more to do with the fact that their council is Lib Dem led, as a consequence of the previous Labour led administration losing control, in turn as a result of doing the complete opposite of, well, the Labour opposition in this county, supporting incineration. Demonstrating that it’s not about the rights and wrongs of incineration, but political manoeuvering.

I seem to recall, also, that the MBT plant is smallscale and experimental, and not something Glo’shire council are prepared to opt for without more proof that it is viable.