Home Gloucester Ripping the heart out of Gloucester – Forest of Dean Cathedral?

Ripping the heart out of Gloucester – Forest of Dean Cathedral? 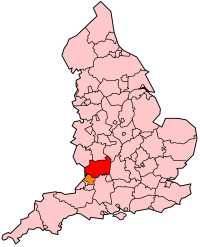 As part of the bill for Electoral Reform bill that the Liberal Democrats and Tories are pushing through parliament there is a reorganising or rebalancing of the parliamentary constituencies.  It has been known that Gloucester would suffer a bit for this as it is a bigger constituency, but the approach that is being suggested really does beggar belief!

In short, the proposal is to take the Westgate Ward and put that in the Forst of Dean constituency.  For those of you ta that are not intimately familiar with the ward boundaries may be wondering why thats a problem.  Westgate ward is on the West of the City bordering with the Forest of Dean constituancy and covers such parts of the city as the Cathedral, the Docks, Shire Hall, North Warehouse and other areas that many people associated with the heart of Gloucester. Now we start to get a real feel for how daft an idea this is,  it means that a great portion of the “Crown Jewels” of Gloucester would be represented by the Forest of Dean MP.

This Bill was one of the concessions that the Tories gave to the Liberal Democrats as part of the Coalition Agreement so it’s not too surprising that the local Liberal Democrats have been keeping their heads down in the press this morning.  Richard Graham has branded the idea as a “non-starter”, though again, he voted strongly for the reform so can hardly moan when it comes out against him.  He made a big deal about renting a house in Westgate and his constituency office is also in Westgate, so he has a lot to lose out of this.  Not to mention that it’s a Tory held ward.

Though the question now needs to be, if not Westgate, then where?  The Lib Dems and Tories insist that Gloucester is too big and want to have yet more Gloucester Residents to join the likes of Longlevens and be represented by other MPs, so which are should/would go?  I have seen previous suggestions that Quedgeley Fieldcourt gets split off and put with the likes of  Hucclecote and Hesters Way in Cheltenham to form a new ward. This is where I think the numbers game does the electorate no favours at all!

The Green Bin Service, Its not voluntary after all, we ALL pay for it!

Murdoch or the Public, who will come up trumps?

Stupid idea. According to TIG, the report was writtten by labour. Have they got that wrong?

Yes it is a stupid idea.

Yes this report was written by a Labour member, the idea being that they go through the process that the Bundary Comission will go through and see what the likely options are.

When you look at the numbers, The Forest is Shy and we are over our quota, and these are around the number of voters in westgate, therefore to look at the numbers (which is what the commission has a habot of doing) the easy solution would be to swap Westgate.

Other solutions are more compicated and affect more people, but I think that is more preferable than taking the heart out of Gloucester. Some include moving 3 wards from Tewkesbury, putting them to the Forest, then we lose Hucclecote and Barnwood , and they go elsewhere.

Its going to be very interesting to see the outcome in September!

[…] this first came to light, I wrote about it and so did the Citizen, in which Richard Graham branded it a “non starter”, yet […]

[…] Ripping the heart out of Gloucester – Forest of Dean Cathedral? (barrykirby.co.uk) // MOODTHINGY How does this post make you feel? […]

[…] Ripping the heart out of Gloucester – Forest of Dean Cathedral? (barrykirby.co.uk) […]

[…] Ripping the heart out of Gloucester – Forest of Dean Cathedral? (barrykirby.co.uk) […]