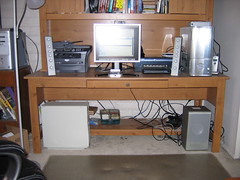 The rumour mill is on full speed around the latest plans of the Government to further invade our personal privacy.  However we must remember that nothing has been officially announced, and therefore we must be careful not to prejudge something before we know what it’s all about.  However, just in case anyone is thinking of it, let me tell you that I would be really against any invasive monitoring, storage or anything like it of my personal data, mobile phone conversations or text messages.  This is not because I have something to hide, but because I do not trust the government not to abuse the privilege at some point in the future.

We have already had really good recent examples of the abuse of legislation provided with the best of intentions.  The terrorism act allowed surveillance of people suspected of being terrorists, and what do we find, that local councils started using these powers to monitor parents who may be lying about their child’s school applications.  If such powerful promises can be broken for something so simple, then what can we actually trust them with?

Will this catch terrorists?  I doubt it, they use cheap pay as you go, throwaway sim cards, free email addresses with code words, and this will just drive them further underground.   There is already far too much data around to be monitored effectively, and this will only make it worse.  It will only be any good if they catch people and can call up the right records after the fact to prove the case, it will not prevent it in the first place!  And just think of the storage requirements, how expensive will that be!

lets face it, we do not really know just how much monitoring goes on already, having seen many technologies to do with surveillance in my time, I have a realistic view about just how much we can be monitored, that said I do have some faith that what is done is done in good faith.  Where I worry is when politicians start trying to tell me it’s for my own good.  And if anyone tells me that if I have got nothing to hide, then I have nothing to worry about will

immediately start alarm bells ringing in my head, and it should in yours too!

So, we do not really know if the government is going to introduce stronger legislation than already exist, but if they do announce it in the Queens speech, then I urge you to stand up for your rights, your freedom of speech and you ability to have a private conversation. If they do announce it, I would want to see a really convincing argument that is needed!

Bradford West – Could this be the “wake up – slap in the face” that Labour need?