Home Professional University applications down by 23,000 – Is this a bad thing?

University applications down by 23,000 – Is this a bad thing? 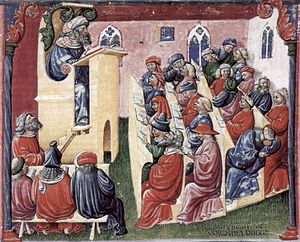 On the latest figures, University Applications are down 23,000  on the same time last year.  On the one hand, this could be a damning indictment on the Governments hike in tuition fees, but on the other, could this actually be what is required to realign the education system to serve the needs of the jobs market?

I have been concerned for quite a while that assuming that the best thing for children going through the education system is to make them target university as the place they should be aiming for, if not have a right to go to.  To me, this is where it has gone wrong.  Look at just how many graduates we have coming out of the system with no jobs to go to, and on the other hand look at how much the degree has been devalued by blindly throwing more people through the courses.  This has been exemplified in the engineering sector, when I got my Engineering degree, it was considered enough to have my BEng(Hons) Degree (Batchelor of Engineering) with enough work experience etc, to get my Chartered Engineer Qualifications, now a BEng is not considered good enough, you now need an MEng (Master of Engineering).   This shows that the standards of BEng have dropped (or not kept pace enough) to satisfy the Engineering Council.

This is where we have set people up to fail.  By telling them that they can, and indeed should be going to university, we have forgotten that University is (or should be) a place of Academia and High Level learning.  We have also forgotten that many people are not Academics, they are practical or more hands on people.  IE they are much more vocational people.  Other people will learn on the job with much more success, and this is where apprenticeships, on the job learning or just plain getting employed works really well.

If we spent as much time learning about how each child learns as we do testing them for the sake of the school we would be able to provide better means of putting the education round the student.  This would be much more beneficial to the Education system, UK PLC and most importantly the Young Person themselves.

The big difference between the rhetoric that many politicians are putting out and what I am saying is that it’s not about money, it’s about ability and potential.  If we have a student who has the potential to be the next Carol Vorderman, then get them to University regardless of background and family wealth, but by the same token if a Student is the best electrically minded person, then get them to the best apprenticeships or Skills based courses that will get them to the best the can be.  The point is that they are both equally valid and not necesserily comparable in the jobs market, but they should both be highly valued!

We, as UK PLC, can be selfish about this too, as we train the right person to do the right sort of job then they will have a much greater chance of success and the sooner they will be contributing tot he sustainment of UK PLC (through taxation etc).  You don’t have to think about it in terms of what the student is getting “for free” but what the State is investing in its future.  But it is exactly that, an investment, and if you don’t invest wisely, you tend to lose it.

So, is the drop of 23,000  university applications a bad thing, not necessarily.  Or at least, it’s not as long as those 23,000 are not just going on the Dole lists, they need pushing in the right direction of training and employment.

Devolution of Scotland – where is the benefit?